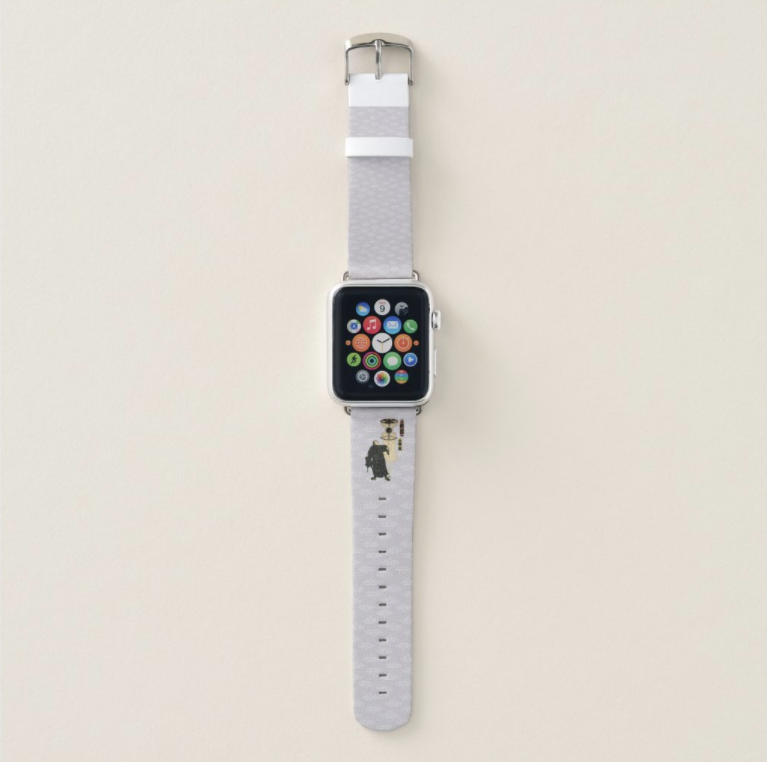 This design is based on Ukiyo-e possessed by the National Diet Library in Japan. It is the nishiki-e (colored woodblock print), titled “Edo no Hana Kodomo asobi”, made by Yoshitora Utagawa, an ukiyo-e artist around 1858. This picture on the product shows a firefighter of “Nibankumi-Megumi”, a squad in “Iroha-gumi”.
In the past, nishiki-e such as firefighters and bijin-ga (beautiful women) were popular as souvenirs of Edo town.

The “Hikeshi” were vigorous and seemed to be easily ignited for a fight at the time. “Tobi-guchi”, one of the firefighting tools used by “Hikeshi”, was sometimes used for fights, so its length was limited by the Edo Shogunate.
“Megumi no Kenka”, where sumo wrestlers had a big fight with “Megumi Tatsugoro”, became a big uproar involving not only the town of Edo but also the Edo Shogunate.