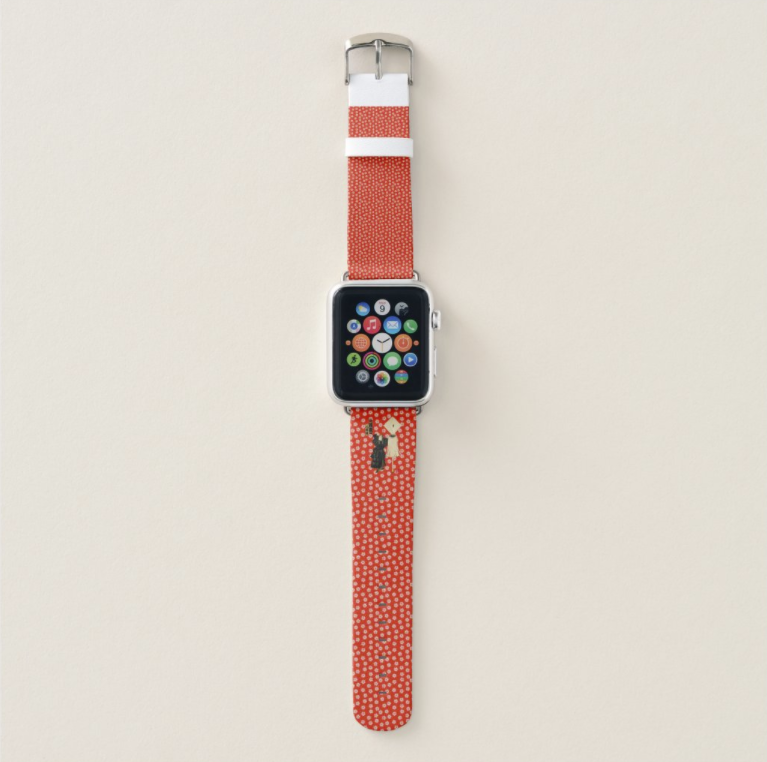 This design is based on Ukiyo-e possessed by the National Diet Library in Japan. It is the nishiki-e (colored woodblock print), titled “Edo no Hana Kodomo asobi”, made by Yoshitora Utagawa, an ukiyo-e artist around 1858. This picture on the product shows a firefighter of “Hachibankumi-Hogumi”, a squad in “Iroha-gumi”.
In the past, nishiki-e such as firefighters and bijin-ga (beautiful women) were popular as souvenirs of Edo town.

The “matoi” of “Machi-bikeshi” weighed about 20 kg, and it took a lot of physical strength to swing it on the roof. Among the “Hikeshi” members, brave and strong ones were selected and entrusted with “matoi”, and their position was next to “Toudori”(president) and “Kumi-gashira”(group leader). Those who had the “matoi” went up on the roof of the house which located on the critical spot of firefighting, and the other “Hikeshi” members worked their best to protect the house with “matoi” by fighting fire so that the “matoi” would not be burnt.