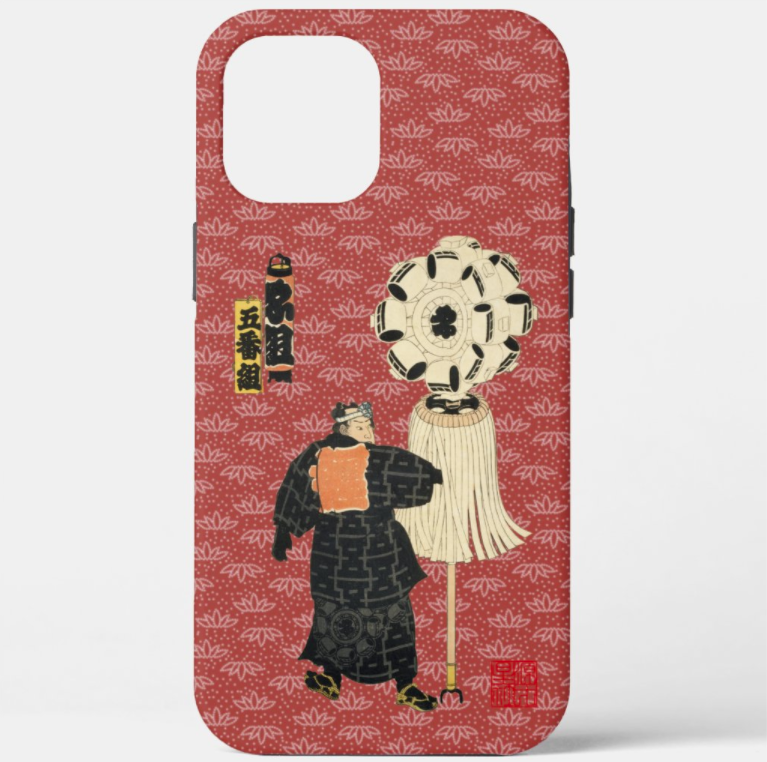 This design is based on Ukiyo-e possessed by the National Diet Library in Japan. It is the nishiki-e (colored woodblock print), titled “Edo no Hana Kodomo asobi”, made by Yoshitora Utagawa, an ukiyo-e artist around 1858. This picture on the product shows a firefighter of “Gobankumi-Egumi”, a squad in “Iroha-gumi”.
In the past, nishiki-e such as firefighters and bijin-ga (beautiful women) were popular as souvenirs of Edo town.

The “matoi” held by “Machi-bikeshi” (townsman firefighters) derives from “uma-jirushi” possessed by samurai firefighters. In 1720, “Ooka-Echizen no Kami” allowed “machi-bikeshi” to have it for the purpose of boosting morale. Matoi was an essential item that displayed the chicness of “machi-bikeshi”.